This video just gives you the goods of what your blog site deserves.

Look I’m going to cut to the chase. I don’t care if you’re new to internet marketing or old. When it comes to generating leads, you don’t want to use ANY.. and I mean ANY site to just go after qualified targeted leads for ANY CPA or niche list building market.

You see, what most internet marketers don’t understand is that you must generate leads that are targeted to a specific niche to massage their ego/interest. hahah I said it. I know it’s the truth but here’s the deal, you must resonate to your prospects likings. Their interest. Does that make sense?

As you can see from this tool, trust jacker creates targeted buyers with credit card in hand. Yes.

If you’re in the home based business niche, stop buying leads that aren’t worth your time or quality of interest. You can literally take any site, market the link that you created with trust jacker and boom, you are creating trust and value of leads with great content. Now you can market anything you’d like to that list. If you never want to connect with that lead, guest what, you don’t have to. We can market your direct list directly. Find more product reviews from Reviewsfield.

Enjoy the video and please do leave an awesome comment on how this tool has assisted you in your business below.

The secrets are shared right here. If you want to be like my wife Xochitl and work from home full-time or part-time on the secrets you just learned, you deserve to qualify and work with us by clicking the button below. Sit back and relax and enjoy the webinar. We’ll talk too you soon.

On December 2011, Cesar moved to the mountains of Southern California with his beautiful wife and handsome 3 boys. Cesar’s ultimate goal was to replace Xochitl’s teaching job income with a work at home project that would make sense. Cesar reached out to a long time business partner Dion Jaffee (DJ) who he met in 2007 in a Network Marketing company. Cesar knew that DJ was earning $1000 to $2000 a week just by drop shipping from ebay. Pretty attractive eh?

The problem was, to Copy and Paste, it took Xochitl about 30 minutes per item. So Cesar pulled out his Computer Software Development mind and went to work on developing a scraper. The idea worked so well that now people area seeking this information so they can take care of their families.

This project started officially to be known to the public March 1st, 2012 when Cesar and DJ launched their first webinar to Cesar’s list. This webinar became so EPIC that DJ couldn’t handle the traffic of interest. Cesar decided to jump in and support DJ on these calls and started coaching others remotely.

This project was developed by Dion Jaffee and Cesar Ramirez to assist struggling working at home Internet Marketing folks who had a hard time making daily sales in their primary MLM or affiliate marketing opportunity.

What exactly is The eXclusive Diamond Club?

By August of 2012, and setting enough clear defined goals, Cesar was able to bring Xochitl home from work to work from home. How cool is that? We have personally coached over 200 students and we still practice what we teach by each running our own ebay store. eBay just recently announced they are providing health insurance for those that become a power seller on ebay.

There isn’t many projects you can work on that allow you to be insured by the company. This was key for us.

The way we earn our income is through a backend program that we chose to leverage. You see, we all seek residual income. One of the major key elements that I have come to realize is that when it comes to any work at home project, you have to build residual income through others. Most people attempt to recruit you to some deal whether it’s weight loss, anti-aging cream, or digital service. The problem with this is that most people have a hard time recruiting. When they do recruit, they have about 95% chance that person they recruited will quit unless they help them put money in their pocket. True? Absolutely.

Therefore, we have solved this issue by giving away this information and software to put money in their pocket today. Make sense? I don’t care if it’s $20 or an extra $200 a day from eBay profits, if you help others, they will stick around. That’s just the bottom line. So it’s my belief that this process works and it has.

eDC2.0 has been developed because eDC1.0 back-end program failed. We decided not to jump on the next shiny object, but I gauranty you will be excited with what we chose to build up your back-end. Solid company. Solid products. Need I say more?

Unfortunately, we can only coach about 10 people a week because we get so busy training each person and holding their hand along the way. As a matter of fact you can come say hello to our Facebook Fan Page and like us here: https://www.facebook.com/groups/eXclusiveDiamondCLub/

To wrap it all up. Think about this. 80% Free Value, 20% sales. Give something away for free with high value where your income is not dependent on who you recruit into your business, and people will stick around. They will love you and stick by you all the way.

I look forward in working with you on a future project: http://www.BuildDiamonds.com/djczer <– btw, I give you that marketing system for free when you join.

P.S. If you decide to work with us on this project, please be patient as we are currently backed up. Expect a personal call from me or one of my qualified students.

The year was 2009 and I had my first 4 figure month in a Network Marketing company because of 3 simple words. “Be The One.” My mentor Scott was on a coaching call and he said, “Don’t look for the one to build your business, be the one.” When it comes to building your MLM company, you want to make sure you grab the bull by the horns and be the one.

What happens when you stay lasered focused on what you are trying to achieve is you can have exponential results in such a short period of time. Nothing matters from the outside in, but what you bring from the inside out. Isn’t it amazing that a high school drop out can have the same success as a college earner in an MLM company? All ego set aside, it doesn’t matter in business where you come from. Does it?

I don’t believe it has anything to do with how educated you are or the lack of, but it has EVERYTHING to do with how mentally focused you are. If you are worried about 1 or 2 people rejecting your vision, you do not have enough people to talk to. You have to keep the train moving. What makes one person succeed over the other is a clear defined goal to just be the one.

My advice is grab a dry erase board and set your clear define goal today for this week. It’s absolutely unequivocally the best decision the mind can cultivate. If you don’t plan that visual seed, how can you possibly attract the right people, situations, and financials into your life? 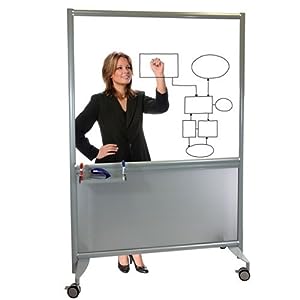 This is exactly how I became the one. Nothing happened on it’s own. I had key people in my mind that I have on my list. I went to work on that list and the one’s that saw the vision, kept the servant leader mentality, and trusted me to move forward.

Be The One This Week And Beyond! Comment below and share your exponential growth and other key ideas to help others.

P.S. If your mentor doesn’t have a system to build you up on your online marketing education, this is where the journey began for me. Be the one.

If a business or a group of individuals with a like-minded purpose don’t have culture, there really isn’t an influence to move folks from A to B.

You see I’ve seen average people try to drive traffic all day to their business. They created a huge list with either Aweber or similar type list builders, but if you don’t massage that list. If you don’t provide great content, then you won’t be able to bring value to others.

You see, those that I’ve seen make money without picking up the phone and contacting semi-cold market leads  —  Don’t convert well. Why? Because there hasn’t been a great connection with that person. A real “story” that converts well for that person to connect.

You see, people do business with people not businesses. You may have heard that before. One of the methods that I teach in building a list that trust you is providing a “real life story” of what you’re about. There’s some magic in keeping your listeners watching what you do and what you say. Does that make sense?

I use to be the guy who but leads by 1100 packs for $450 and those were the crappiest leads I have ever bought. They were sold leads to 5 other companies and it was like talking to my parents and asking them for a $200 Transformer when I was a kid. A bunch of No’s!

With that said, check out these bad ass stories of some folks that I’ve personally worked with and trusted for over 4 years.

P.S. If you want to start having success online financially, you deserve to hang out with those that “actually” do it. Don’t take advice from people that are not making the money that you are seeking to make.